Inversation was an internal venture at SAP building a sales automation tool to replace manual work. Sale processes can be ruthlessly repetitive, where Sales Representatives figure out if a Marketing Qualified Lead (MQL) can be converted to a Sales Qualified Lead (SQL).

The conversion of MQL to SQL was the product’s first area of focus since it was a sales team biggest pain point.

From MVP (Minimum Viable Product) to Scaling up (having more customers)

Sales Reps and Account Executives are the ones responsible for organizing leads and outreach. So how would we enable these functions to do their work more effectively and set up their automated emails?

The team set up the initial version of the product as a view only web app, with a dashboard where customers see their campaign’s performance. When adding a new customer, the Inversation team would gather all requirements and configure everything in the backend. Then, as responses or non-responses would occur, the customer can individually open conversations to see the dialog with their Leads and their status.

Being the sole designer on the venture, I worked with the entire team to setup the Project Creation process for Inversation. This involved an end to end design process from research to design to handoff. I collaborated with the whole team to align on what features and functionality were in scope for our release. During the implementation phase, I worked with the front end devs to see how they progressed on the UI side.

This functionality allows an Account Executive or Sales Rep to:

Here, Conversica shows a common pattern of adding a list of leads from a spreadsheet or .csv file, then mapping the columns to the proper label. In this case, the lead’s name and email. This way, they can have their emails use the lead’s name for more personalization.

After uploading your leads Conversica shows you the number of valid and invalid leads. There can be various reasons for invalid leads, inactive email, duplicates, or even a qualification like personal emails. On the right, they show how to set up your conversations for automated emails.

To make use of the data mapping we wanted our users to be able to at minimum greet their leads by their first name. In the examples above Conversica and Intercom respectively both handle labeling differently when customizing their messages.

Cadence is everything, the way a sales rep can sequence their outreach can make the difference to hearing a response.

A signature is an important aspect of any email so the person on the other end understands who you are, so it’s vital to have this be customizable. The variables at play here: Name, Title, Company, Contact Information.

This consisted of four steps and two rounds:

This involved 3 main sections. Asking them to describe how what their sales process looks like, how do they follow up with leads, and finally how they organize lead information.

The insight here was seeing that there was a pattern in outreach cadence and industry. Depending on who they’re selling to, they will either email or call at different rates.

Here I setup a simple two page prototype that had them sign up for Inversation for the first time and then get them going on creating an email to send out to their leads. It’s amazing how much contextual inquiry can spark ideas from the correct user. A sales manager from a large company mentioned they wouldn’t upload first, but every rep from a small to medium sized company prefered the uploading. They wanted to line up their reps first and be in that context to then write the email to send out.

“It’s all a numbers game.”
— Mentioned by every participant

I wanted to get an understanding of what the end to end experience looked like plus when an email would get sent out to a user if there’s some kind of dropoff.

This included all 5 major features:

When packaging Leads, type of qualification, emails, and statistics together, what do you name it?

There are a few approaches and here the team and I were at a point of contention between Campaigns and Conversations. We settled on the neutral name of Project to move forward.

From a UX perspective “Campaign” being common terminology was the suggestion I offered. From the Business perspective “Conversations” works since it differentiates Inversation’s terminology from other similar products. Settling on Projects wasn’t the end of the world, but having this conversation earlier on nomenclature would smoothened the process.

I’ll have to admit, I wish I sketched more and took more pictures, but I generally use sketching simply as a tool with a means to an end. I’d rather vomit my idea out as quickly as possible, then decide if it’s worth moving into Figma to then create wireframes to high fidelity designs. Even if it’s messy, it still helps organize what I was trying to conceptualize.

There were more iterations here, but this made it into a presentation and end to end prototype to click through.

After a session with the team, they felt going the editor route would prove too difficult. We had to rescope the project with a month left until the next board meeting. I pushed to keep the previous design because it would work best in the long run. So to stay on track we opted for a Wizard/Stepper to keep the implementation simple.

A few lessons for next time

Lesson 1: Understand how to properly scope

We had a classic issue between Discovery (figuring out what to build) vs. Delivery (then building it).

We rescoped close to 5 times throughout this project, it was a hard target to hit and now it’s a moving target. As I’ve progressed in my career, I’ve become more and more pessimistic, for good reason. Things will almost never go to plan, but it’s vital to plan.

“In preparing for battle I have always found that plans are useless but planning is indispensable.”
Dwight D. Eisenhower

Although we needed to deliver these features, we should have scaled down the work to meet our engineers’ bandwidth.

There were times of frustration where I preferred not running the same ideas with the team because they denied them before, but that’s not a proper excuse. As a designer, especially remote, it’s crucial to communicate with the team and ensure we’re on the same page. It’s also conducive for good team culture to manifest. If you create an environment where people want to communicate, it’ll feed itself into a loop.

First Principles: The Building Blocks of True Knowledge
The importance of abiding by your product’s principles and understanding why something is working vs. only reacting to the outcome.

The sales industry was new to the entire team, but they had learned quite a lot about sales and taught me quite a bit too. They also met with various companies to pitch Inversation, but in the end we weren’t experts.

In order to progress in a new industry it’s crucial to build up the knowledge to make the next logical step. This is obvious, but when you’re in the thick of it, you lose sight and get into a reactionary loop. When it comes down to building the right product having the proper guidance to know why one method worked over another can take a step backward or forward. Knowing the difference is being an expert.

This project hit the ground running with vigor, but then slowly stumbled along the way to a halt. There were many issues on the product side, but also some on the business side. SAP refocused their investments in technologies around security leaving Inversation out of priority.

Looking back on this project I found out where I needed improvement and how to apply this knowledge in the next project. If you are a designer looking for how to avoid these pitfalls on your next project, keep these 3 lessons in your toolbox. I keep them in reach at all times 😊. 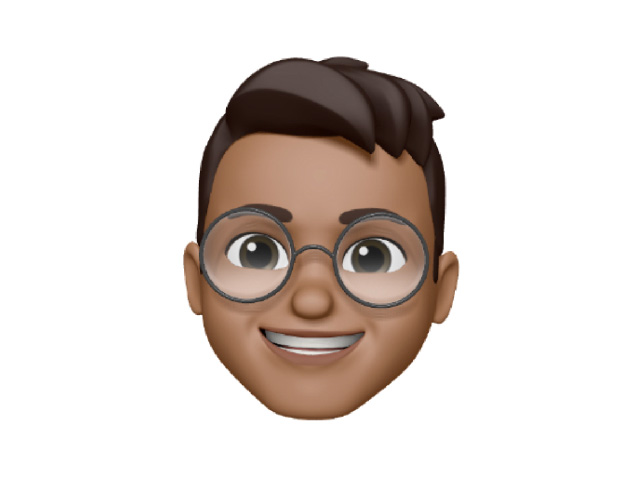 Thank you! Your submission has been received!
Oops! Something went wrong while submitting the form.

We're on a mission to future-proof SAP through product incubation & technology innovation.